It's been another action-packed year chez nous, a year of weather extremes, scholastic achievements, travel from coast to coast, new adventures, and most importantly, togetherness. 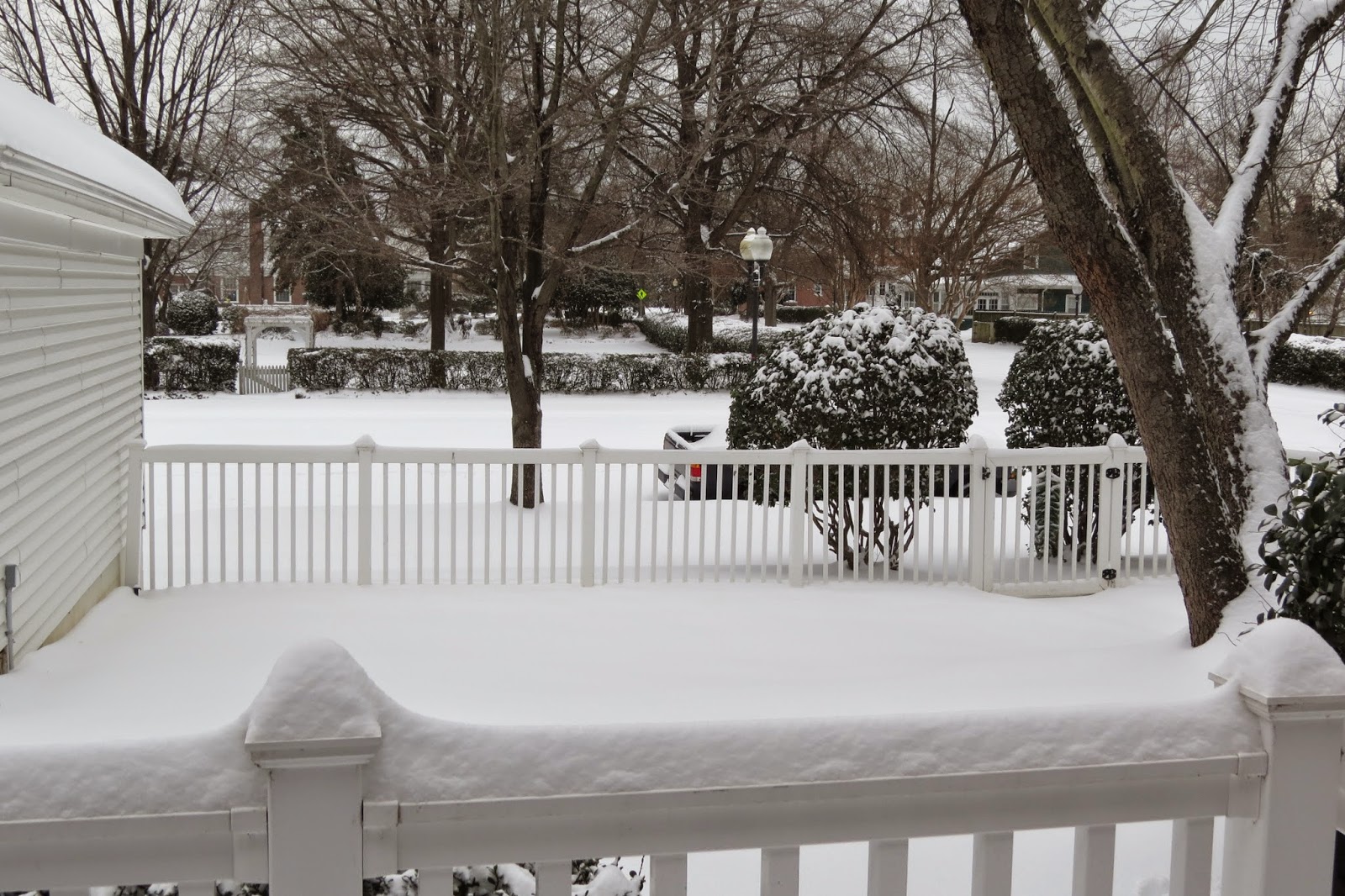 January saw more snow in Virginia than we have ever seen.  The school children ended up stretching into the summer to make up the snow days. 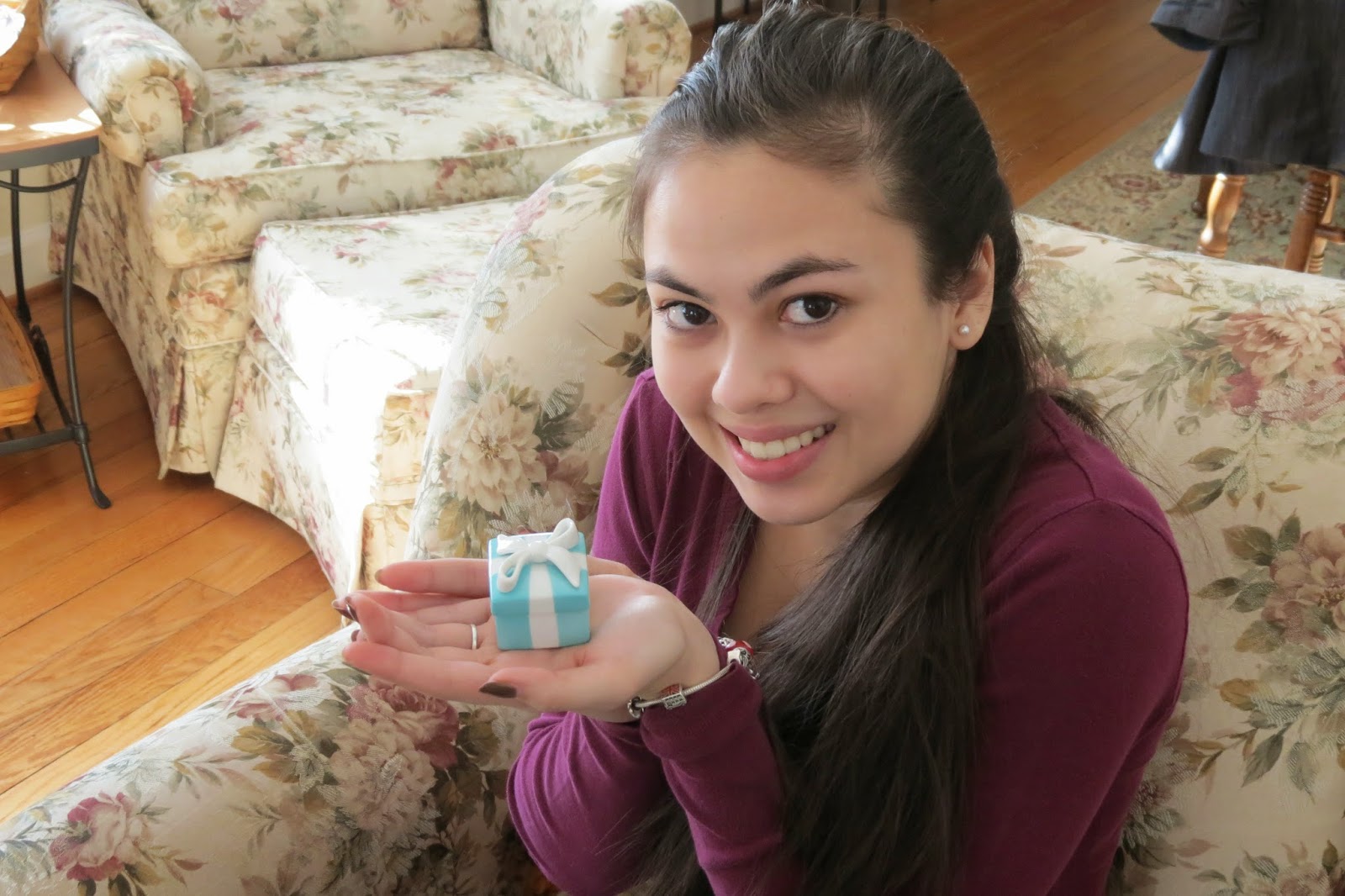 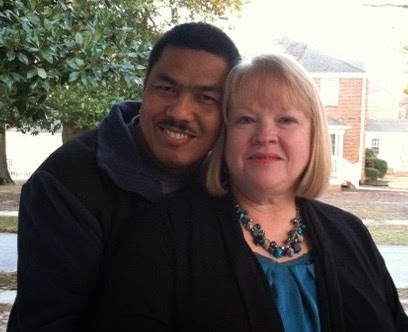 February brought Sophia's 20th birthday and our 21st anniversary.  Where does the time go?

Vic didn't have as much travel in 2014 as he has had in the past - a couple of underway periods (a few days here and there out to sea and one longer period that involved him riding the ship across the Atlantic and then flying home from Greece) and his last trip to Djibouti.  What a desolate place.  It was while he was in Djibouti that he received word that our next duty station would be Bremerton, Washington,   He celebrated his 20th Navy anniversary in July - hard to believe it's been that long since he was sworn in by a naval medical officer wearing scrubs!  That's a story for another time.  I kept busy on the home front at the Tidewater Collection and enjoying outings with the spouses' group. 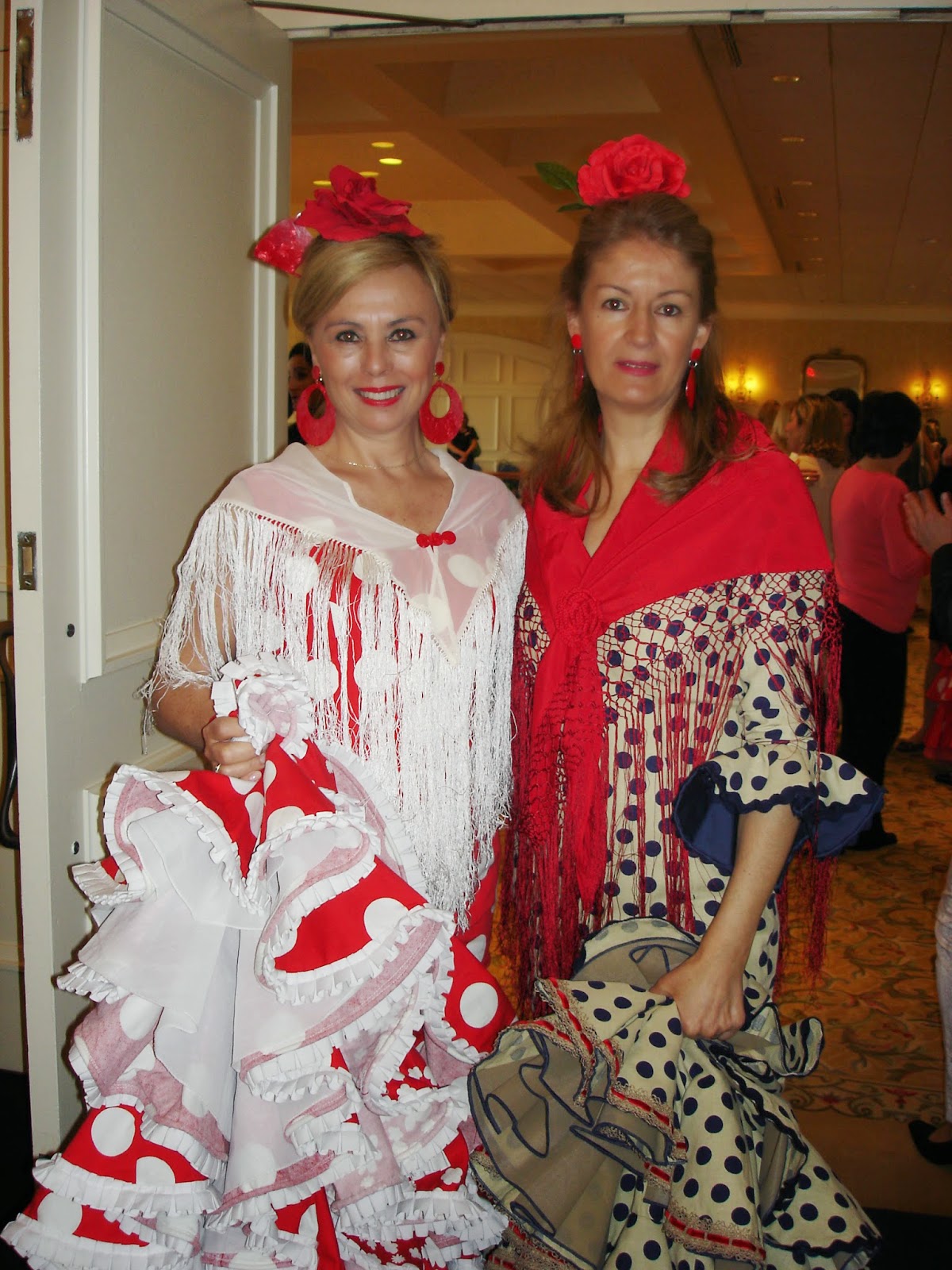 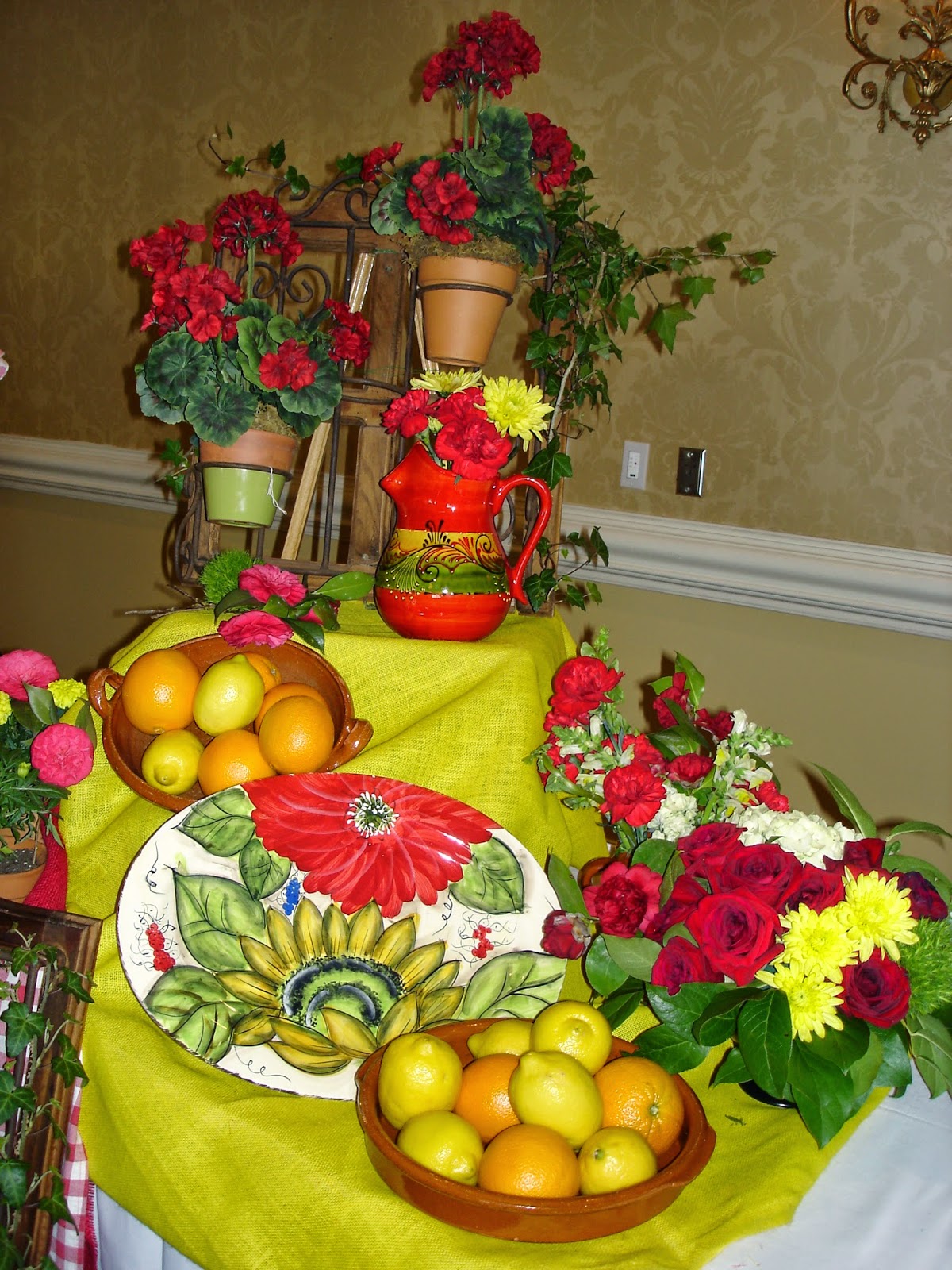 The luncheon put on by the Spanish ladies of the NATO group was amazing and very colorful. 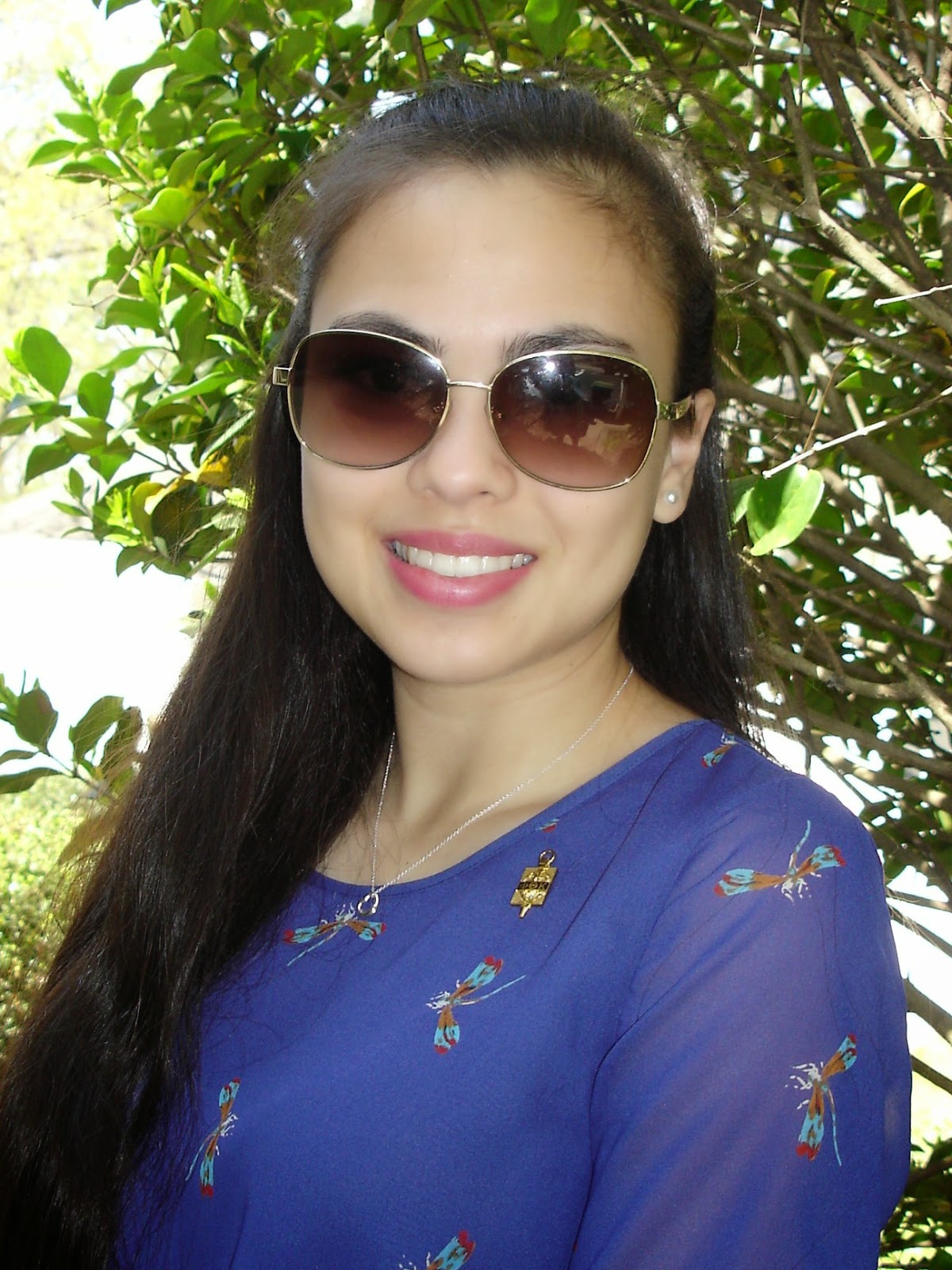 Sophia finished up her second semester at Tidewater Community College with perfect grades and the distinction of being inducted into the Phi Theta Kappa Academic Honor Society.  She was accepted to Western Washington University and was very excited about the educational adventure to come. 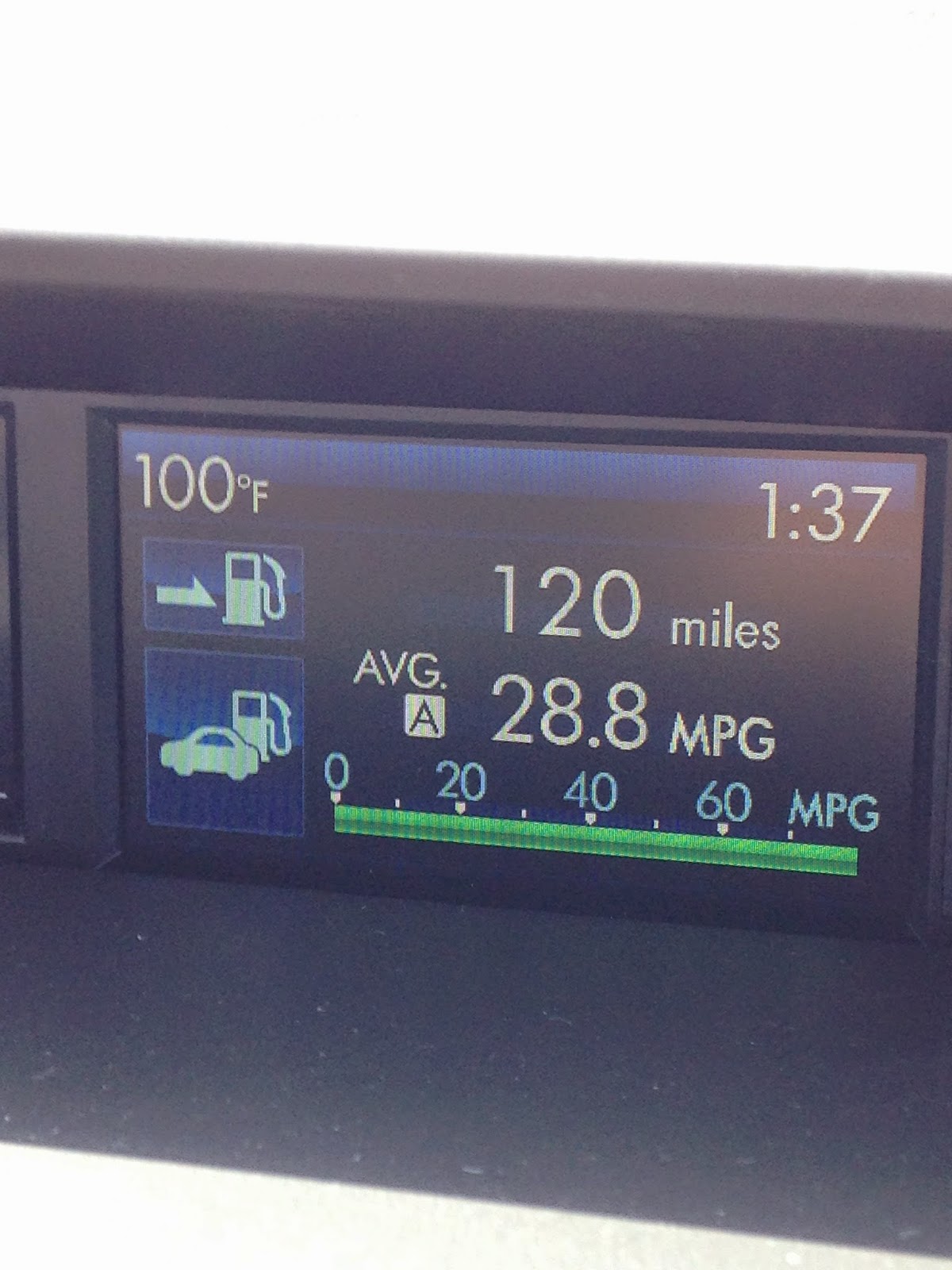 The Virginia summer was a scorcher.  I was so looking forward to Washington's climate. 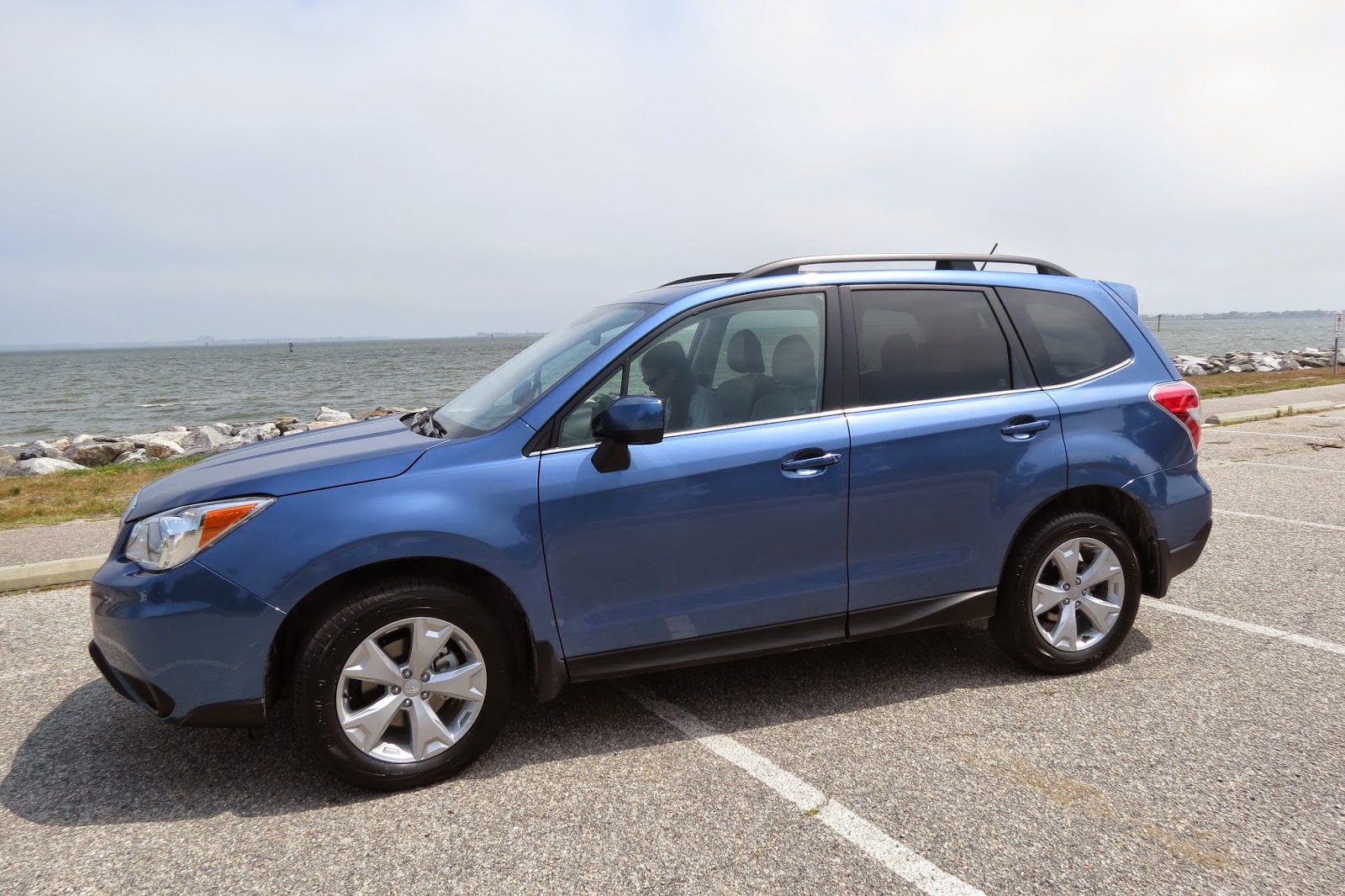 Betty Blue Subaru Forester joined the fleet in preparation for our coast to coast road trip.  We left Virginia on August 2 and traveled 3370 miles through thirteen states in seven days.  We managed a stop in Nebraska to see friends and a day's layover in South Dakota to visit Mount Rushmore, the Crazy Horse Memorial, and Custer State Park. 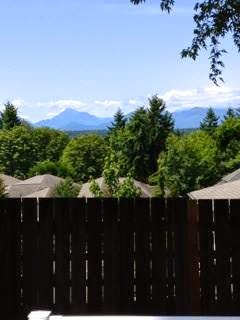 We settled in our rental house in Washington with this view from the back deck.  It is so beautiful here - mountains, mountains, mountains as Glencora Palliser once said - stunning vistas all around.  We made a quick trip to Oregon to see Barbara and family and then Vic headed off to work and Sophia to school. 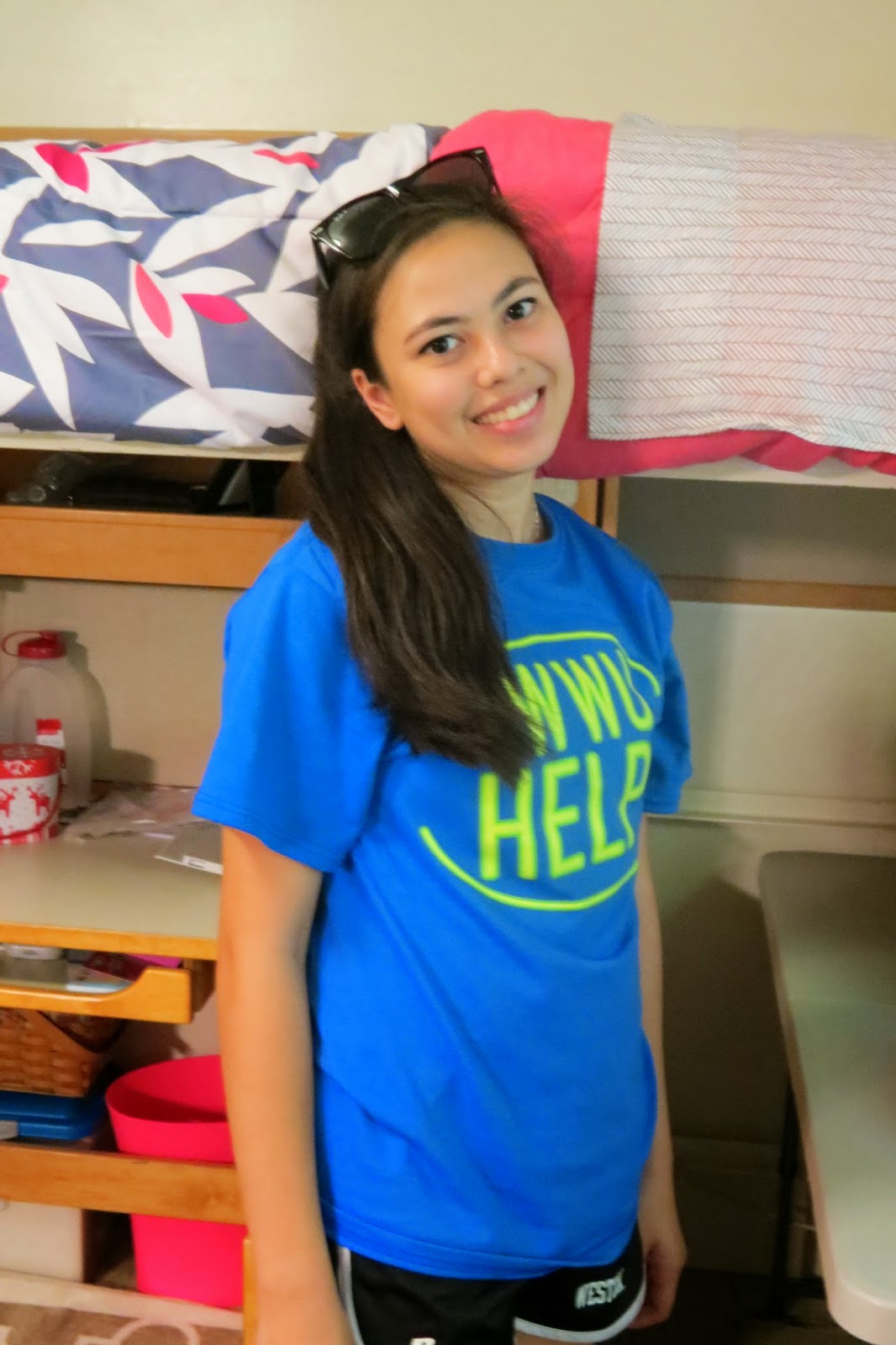 It was tough to say goodbye and I'm glad she's not too far away.  With Vic busy at work and out to sea a lot, I searched out the local spouses' groups and found my niche quickly.  Coordinating two craft clubs got my scrapbooking off to a good start and I'm really enjoying the camaraderie of fellow MilSpouses.

And that brought us to the holidays and the end of another year.  Vic and I dabbled in the Whole 30 clean eating program, did spectacularly (we've never felt better!) and then we promptly fell right off the wagon.  We are determined to get back on and make 2015 a healthy year.

Thanks to Caroline over at Mrs. M's Meanderings for the Look Back at My Year idea!

Email ThisBlogThis!Share to TwitterShare to FacebookShare to Pinterest
Labels: A Look Back at My Year

I really planned to post more regularly but I should have remembered that this is the season of craziness!  One day late, here is Life Last Week.

I skipped Mah Jongg in favor of staying home for the fireplace (propane) serviceman's visit to install the new thermostat with remote control.  He set everything up for me and just gave me the details - "push once for on, three times for off".  Voila!  Let there be flame!  This house is cold, really cold, and since the electricity bill doubled from last month to this month, I'll be using the fireplace quite a bit more.  It heats the family room which is where we spend most of our time.  The bedrooms and bathrooms all have individual thermostats so we just turn them on in the bedrooms a couple of hours before bedtime (and then turn them off when we go to bed) and in the bathrooms when we are in there.  Ok, that's enough about heating our house.

It was back to back lunches last week.  Tuesday was the gathering for the command officers' spouses at a local tea room.  Although there were nine on the RSVP list, only five of us showed up.  Ugh, I hate that, it's so rude.  The person organizing the event called ahead to make sure a table for nine was set up and then we only ended up using half of it.  So inconsiderate.  Those of us who attended had a lovely time, though, a delicious lunch and fun conversation, and since the tea room had a gift shop, we had a lovely browse after our lunch.  I left there and finished up a bit of shopping as I had to get all the gift wrapping finished before Vic and Sophia come home.

Wednesday's event was my local officers' spouses group and again, eight on the RSVP list and only four showed up.  This time I was the organizer and I was really ticked off.  Not only did we once again have a giant table only half-filled, but I spent time and money on making ornaments for everyone.  I just wouldn't bother anymore except that I really enjoy the company of the four ladies who did attend so I'll just hope for a better outcome next time.

Thursday's event turned out to be a pleasant surprise.  This one was for our local area spouses group and it was my idea to hold it.  It was to be a potluck lunch and ornament exchange.  There were thirty spouses on the RSVP list (we won't even mention the 20+ who were still on the "Maybe" list on the morning of the event!) and the two spouses who were key in helping me run the event told me that this group is notorious for saying they will attend and then not showing up.  Surprise, surprise, twenty-two of the thirty spouses were there!  It was a true potluck so I was hoping that we didn't end up with a table full of desserts with little or no main dishes.  As it was, we had a great variety of both savory and sweet dishes and everyone remembered their ornaments.  The ornament exchange was great fun - one of those you can steal ornaments from others but with a twist as we had a script that spelled out the stealing and when it was over, we all opened our ornaments and there were some truly lovely ones.  I had lots of help to set-up and clean up, new friendships were made, old were renewed, a fun time was had by all, and they are all looking forward to doing it again next year.

It was time to hit the road on Friday to pick up Sophia for Christmas break.  We had a terrific wind storm on Thursday and the power went out about 10pm.  It still wasn't back on when I woke up so I got washed and dressed by flashlight and then MudLynn and I headed to Bellingham.  An uneventful drive and it was lovely to see Sophia.  Ok, it's only been two weeks but I miss her terribly when she's gone.  We stopped at the bookstore to pick up her books for next quarter and at parking services to pick up her new permit and then headed to the ferry.  Another uneventful drive and we were home mid-afternoon.

Up bright and early on Saturday morning to participate in the Wreaths Across America event at the local cemetery.  It was a very moving ceremony, well-attended by active duty service members and many veterans, and then everyone disbursed through the cemetery to lay the hundreds of wreaths. 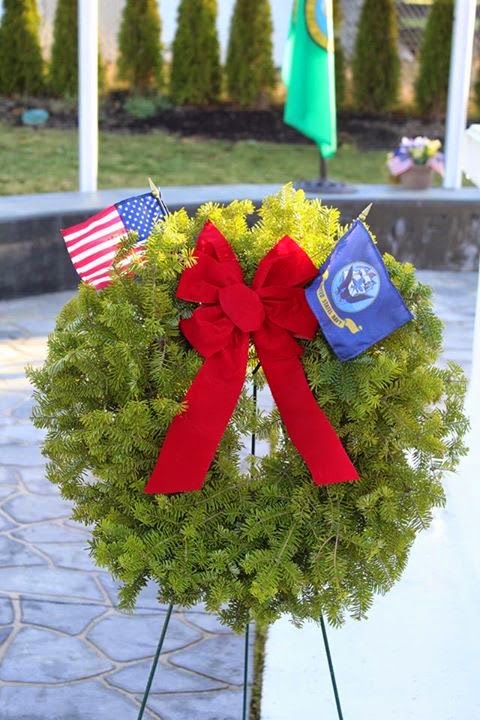 Sophia and I ran a few errands, headed home to walk MudLynn, and then headed out again for downtown.  We took a carriage ride, had fish and chips for lunch, and then headed to the Jan Brett book-signing event.  It was very crowded and the line was long for the book signing but we did manage to get two books signed even though it was only supposed to be one per ticket.  Her books are really beautiful and she did an illustration while she was talking which was amazing. 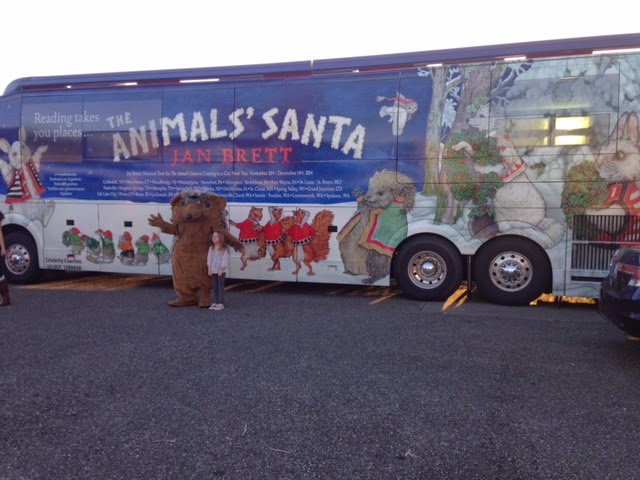 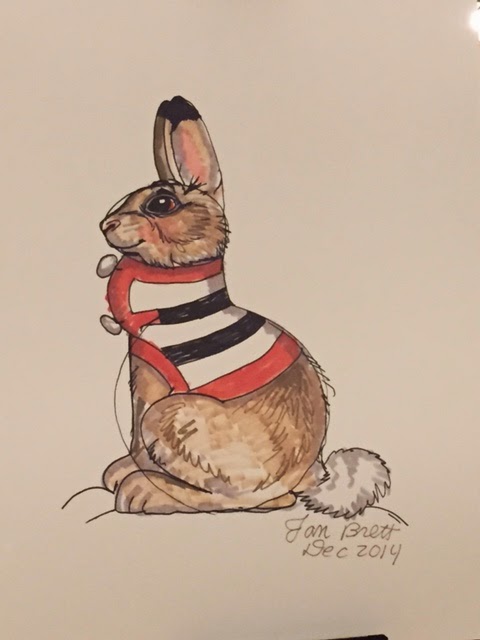 We rounded off the week with the first of what will be a couple of grocery shopping trips for Christmas.  Vic will be home soon and I want to have all the errands out of the way so we can spend his holiday leave time doing fun things.  We've got quite a list of December movies to see - Into the Woods, Exodus: Gods and Kings, The Hobbit: The Battle of the Five Armies, and Night at the Museum: Secret of the Tomb, as well as our Target and Barnes & Noble shopping trips, a Christmas tea at the Victorian Tea Room, one final Christmas party, and the Christmas Eve church service.  In between all that there will be lots of cups of tea or coffee and chocolate biscuits and afternoons by the fire.  'Tis the season!
Posted by Pamela at 7:50 AM 1 comment: 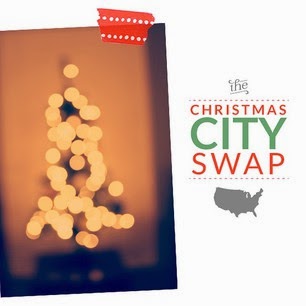 I sent off my entry for the 3rd Annual Christmas City Swap hosted by Allison over at be up & doing and received this lovely package of goodies from Whitney.  She included a card saying that she had read my blog and could see how much I loved England hence the contents of the package - the January 2015 issue of Britain magazine (one of my favorites!) and a two-pack of England-themed journals.  I have a special purpose for these journals which cannot be revealed until after Christmas so stay tuned.  I will say that I had been looking at these exact same journals at my local bookstore, what a coincidence.  Thank you, Whitney, I love my package!  Please check out Whitney's page, Whitney Elizabeth Green, she's an amazing multi-platform, visual media producer and graciously offered to talk to Sophia should she have any journalism questions. 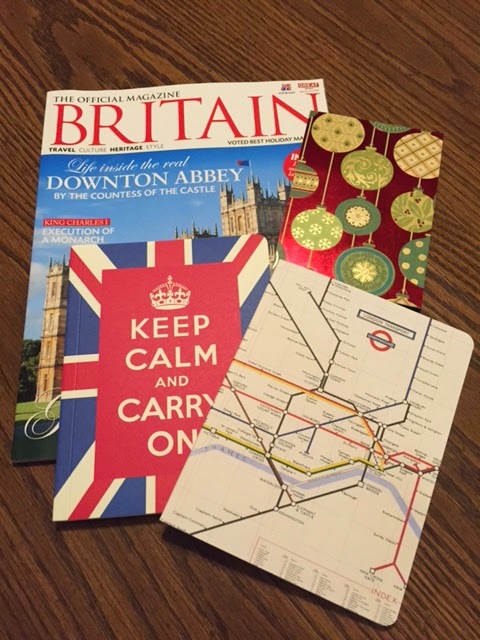 I'll post the details of my Kitsap and Olympic Peninsulas package that's on its way to Michigan as soon as I know that it has been received.  Don't want to give away the surprise in case the recipient is reading my blog!
Posted by Pamela at 8:48 AM No comments: