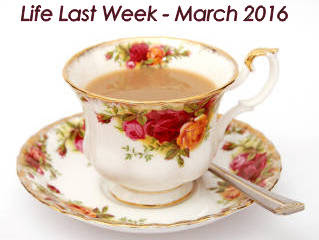 I'm skipping ahead to Week 9 - I had planned to write this post each week and follow the weeks of the year but since I have been AWOL for the last three weeks, I'm just adjusting the numbers. It's been a busy month, a productive month, and a great month on the weight loss front.

I started another Whole 30 just after Vic left so it was weigh-in day on February 18 and I was down 9 pounds. Not quite as well as the 14 pounds I lost when I did my first Whole 30 in 2014 but I know where I went wrong and will try to do better. Still minus 9 is minus 9 and it's a start. I have to say that the biggest change I found in the 30 days is that I have all the health benefits that the  Whole 30 says it will accomplish - I have more energy, am sleeping better, have totally lost any aches and pains, and just feel better overall. I was dragging myself out of bed when the alarm rang like a ninety year old woman and that woman is gone. I treated myself to a Starbucks coffee - I really wanted to try the Valentine Special Edition Molten Chocolate Latte but my local Starbucks was out of the special whipped cream (whatever that was) so the barista said she could make a mocha with the frappuccino chips (no idea what those are) and I said that would be fine. Then I stopped at a bakery I have been wanting to try because I had my heart set on a carrot cake cupcake. They were out of the regular size so I settled for a mini and then added a mini Chocolate Chocolate cupcake and headed home. It was all good but it was very, very sweet, too sweet really. I certainly didn't want any more and that's a good thing.

You'll remember that I mentioned Vic's upcoming move to Virginia in the late fall and the decisions that we needed to make about my plans. Stay here at my job and close to Sophia while Vic makes trips back and forth to Washington whenever he can, or give up my job and go with Vic, leaving Sophia here. I wanted to go with Vic, he wanted me to go with him, but neither of us wanted to leave Sophia here. Sophia solved the whole problem by saying that she wanted to come to Virginia with us and so that's the plan. She's actually coming home after spring break. She's decided to change her major to Fashion Merchandising, a program offered at the university close to where we will be living in Virginia (a school that also has an equestrian team), so she will leave Western and enroll in the local community college to take a few fashion classes and some of the prerequisites that she will need in Virginia. I hope that the transfer process goes smoothly; the conversion from quarter credits to semester credits is a hassle but hopefully, not too big of a hassle. I can't tell you how thrilled I will be to have her back at home.

Work has been busy off and on. I have days where the time just flies and then there are those days when there is a big gap in the afternoon. I use up the time updating the files or trying to get things more organized. I told my boss about our plans to move to Virginia. He was sad but understanding and appreciated that I have given him lots of notice to get someone new into the job and fully trained before I leave. I'm thinking that I'll make the last week of October my last week at work.

Vic is still floating on the high seas. They had a port visit in Guam and he spent the day with Sophia's godmother, Clare, and her family. They haven't seen each other since 1994 so it was quite the reunion.
Vic has finally begun to receive his care packages so I have renewed faith in the postal system. I have been busy at the care package factory and having a lot fun coming up with new and fun ideas.
Sophia had her final two shows of the 2015-2016 equestrian season picking up a 2nd place and a 4th place ribbon. She is looking forward to joining a new team, having already been in touch with them and warmly welcomed. MudLynn stayed with me with she was gone for the shows, and I took advantage of the time to schedule her surgery for the mass removal on her back. It was unfortunately malignant so she faces some more tests to see if she's in the 60% of dogs who have a one-time, in only one-place mass, or in the 40% of dogs whose mass has spread and further treatment is necessary. Keeping our fingers crossed that we are in the 60% group.
I turned another year older with all my family away from me but their phone calls, cards, and texts brightened my day as did all the wonderful Facebook messages from family and friends near and far. A special thank you to my dear friend Jodie for the lovely Downton Abbey Afternoon Tea Recipe book and the tea sampler. You know me so well!

And that was Life over the Last few Weeks!
Posted by Pamela at 5:00 AM 4 comments:

If this is Tuesday, it must be England #33 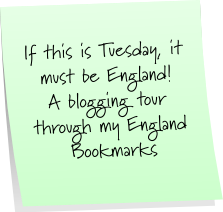 I've never been to the Egerton House Hotel but it has a special place in my heart because on February 17, 1994, Dad and Mum took four guests out to brunch to celebrate the arrival of their grandchild - Sophia. Dad sent me the receipt to keep in Sophia's Baby Book - under Company Name it says "To celebrate Sophia's birth" and then it lists the guests "Grandma, Grandpa, Auntie Dado (Mum's sister), Uncle Tom (Mum's cousin), Auntie Edna (Tom's wife), and Uncle Fred (Mum's cousin). How I wish I had a photo of the six of them on this occasion. Sadly, all except Uncle Tom are gone now.

I've saved Egerton House Hotel in My Favorites for years, thinking that one day, on a trip to England, we'll go for a meal and raise our glasses in a toast, as was done on February 17, 1994 to celebrate our new arrival. Sadly, it appears that the hotel is no longer in operation. That makes me want to visit all the more to see what now stands in its place.
Posted by Pamela at 5:00 AM 2 comments:

Email ThisBlogThis!Share to TwitterShare to FacebookShare to Pinterest
Labels: If this is Tuesday it must be England 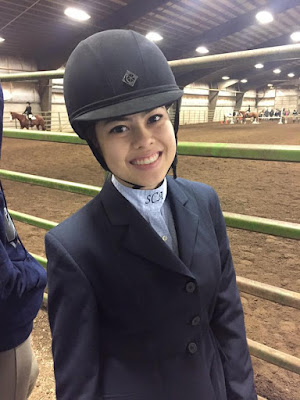 Happy 22nd Birthday to our beautiful daughter, Sophia. We love you, darling!
Posted by Pamela at 9:01 AM No comments:

Email ThisBlogThis!Share to TwitterShare to FacebookShare to Pinterest
Labels: Holidays and Special Days 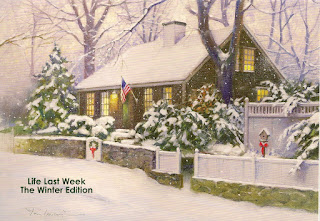 Still looking for that house in the rain because that's the only weather to report for last week. Thank goodness for rain jackets! It was back to work for a full five-day week - the only good thing I can say about that is that it was busy and it flew. It was quitting time on Friday before I knew it.

I attended the first Family Readiness Group meeting since the ship left. It went quite well - the officers are young and inexperienced and will be the first to admit it. I think they are going a great job. The attendance was not what I thought it would be but we'll see how things progress. I stayed chatting for rather longer than I intended so it was a late evening. I raced home to throw together a quick dinner which I watched with the day-after-the-show online episode of Downton Abbey.

Not too much else to report during the week. My weekend plan was a trip up to Bellingham for the Western Washington Equestrians Home Show so I ran to Costco on Friday night for gas ($1.85 - not sure what gas prices are like in your area but that's a score for us!) and ran in for a few things. Couldn't believe my eyes to find Downton Abbey Season 6 on sale. Just couldn't pass that up. So, even though I planned to get up early to head to Bellingham, I ended up binge-watching the whole series until 1:30am. No spoilers, but I cried at the end, not a sad kind of cry, just an "I can't believe it's all over" cry as I bid adieu to some of my favorite characters.

Needless to say, up early the next morning didn't happen so I was scrambling to make a ferry that was going to get me up to Bellingham in time to watch Sophia ride. The drive was easy and I was up there in plenty of time. She rode well and placed fourth; when I talked to her after the ride, she said she knew there were some things she could have done differently. Perhaps the three exams last week, the falling off a horse the night before (a hasty dismount when her horse was spooked that landed her in a heap on the ground), or the getting up at 3:00am that morning to help out at the show had something to do with her less than stellar performance. I left after her ride to head to her apartment to take care of MudLynn and she skipped the evening banquet in favor of a nice hot shower, Panda Express for dinner, and opening her birthday presents.

She was up early again for Day Two of the show while MudLynn and I slept a little longer. I took her for a constitutional, packed up my gear, dropped a Starbucks off to Sophia, and hit the road for home. I did a little Whole 30 meal prepping for the next few days, caught up on as much computer work as I could manage, and then headed for an early night.

Next weekend, I plan to sleep in, probably stay in my pajamas until noon, and do as little as possible. It's been a hectic few weekends. Perhaps I'll get the Paper Clutter Challenge posts up...we'll see.

...Darn, I'm not a numbers gal but I've just noticed that I've lost a follower. I was really tickled when the number went from 19 to 20 so, lost follower, if you happen to be popping by again, I'm sorry you're gone. I hope you weren't bored by the lack of content or offended that I probably didn't get by to visit you as often as I should. Looking forward to the day when I can devote more time to my blog. In the meantime, a big thank you to those of you who are sticking with me. I truly appreciate your reading along.
Posted by Pamela at 5:00 AM 2 comments: