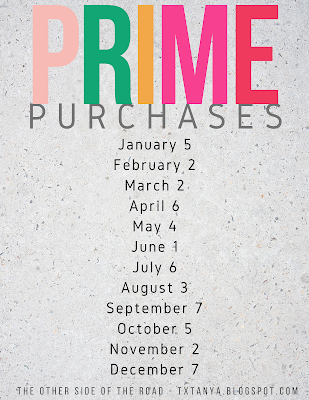 I had a no-spend January so no Prime Purchases post from me at the beginning of February and last month was a very modest month for Prime Purchases.  I rapidly outgrew the Nora Fleming Keepsake Display Box for my minis - the little decorative pieces that hook onto my napkin holder so I bought another one.  Both are full now but I think I'm good for minis.  I can't figure out why they design the case to hold only nine minis - you would think twelve would have been a better number with one for each month.  With two cases, I have eighteen minis - one for each month and a couple of extras like Cinco de Mayo and movie night minis for Elf and Christmas Vacation.  I also have one for Halloween (witch's hat) and one for October (pumpkins) as well as green wellies for April showers. 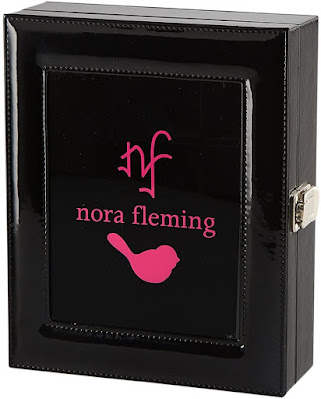 I also picked out something from Sophia's Wish List to put in her Valentine goody bag.  She's been switching to eco-friendly products whenever possible - reusable paper towels and dryer balls so far - so these reusable beeswax food wraps fit the ticket. 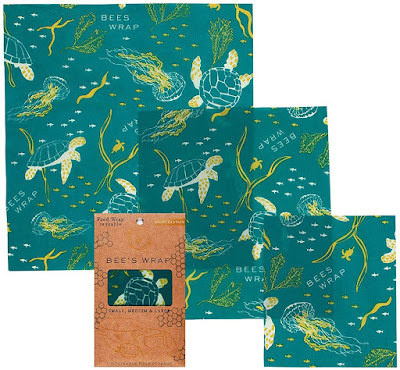 Bee's Wrap Reusable Beeswax Food Wraps
I did add a few new selections to our Amazon Prime Library - all ten seasons of Friends for Sophia's birthday and The Ten Commandments.  Nothing like a good epic for a rainy Saturday.
Posted by Pamela at 12:30 AM

Pamela
I'm Pamela, wife, mother, and diehard Anglophile. Born American but British at heart as they say! My dream is to live in England, anywhere in England, but I'm usually living the reality of making a home for my family wherever the Navy sends us! However, after almost 25 years, the Navy saw fit to send Vic overseas without me but we'll make it work, we always have. Here's to Washington adventures in our forever home and to Vic's sojourn in Japan. I love to read, cook, travel and preserve my family's memories by scrapbooking, traditionally and digitally. Welcome to our world!